Electroactive Materials In Bioelectronic Applications
The field of electronics play a huge role in various fields ranging from telecommunication which is important for sending and receiving information to making devices that benefit us daily such as the motor and computers which has in itself helped further other disciplines such as computer science and engineering. The discovery of the electron in 1897 by J.J Thompson via the cathode ray tube experiment alongside the introduction of the vacuum tube paved a way for electrical signals and this was a start of an electrical revolution. 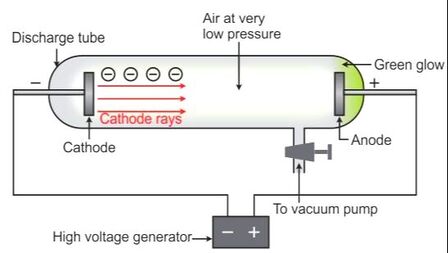 Cathode Ray Tube Experiment
Chemistry plays a big role in the development of most modern devices such as the television and smartphones. The use of organic material chemistry has helped design these devices and other materials due to the properties of conjugated molecules which play a vital role in bioelectronics. 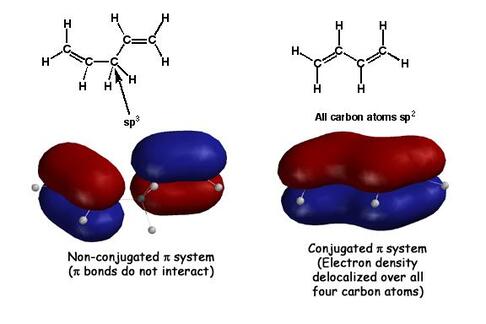 Conjugation due to neighbouring p-orbitals
These molecules can be used as monomers and combined to form conjugated polymers through a process called polymerisation which creates a polymer with repeating units. The more repeating units that are present, the bigger the polymer and the stronger their physical properties become. Different polymers can be designed depending on the monomer’s characteristics and the intended use.
​
The intensive study of conjugated molecules and their properties has allowed conductive polymers to be created. Conductive polymers are now widely used for multiple purposes such as capacitors, smart windows and in tissue engineering where the creation of biocompatible materials for medical use has allowed efficient transportation of drugs and neural implants. 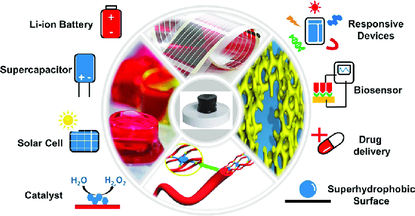 Different applications of conducting polymers
Conjugated polymers are also more favourable to use than inorganic materials in bioelectronics due to its thin film and electronic properties that can be modified by ions which changes its electronic charge density. This is not possible using inorganics due to their rigid covalent lattice structure which is not affected by such changes. Due to the “softness” of organic polymers, this means that flexible and stretchable devices can be designed on a range of different mechanical supports which opens various new applications in bioelectronics.